Yura Jeong
Every two years, one of the most prestigious and historic events in the world, the Olympic Games are held. This year, the Summer Olympic Games were held at the very heart of Brazil, with determined athletes and excited spectators coming from all over the world. The Rio Olympics had its remarkable opening ceremony on August 5th and closed with a bang on August 21th.
1. The Opening Ceremony.
As the Opening Ceremony is indeed a start of the whole Olympics, it is the highest interest of people around the globe. The Opening Ceremony is usually presented with the host country’s unique traditions, and includes performances by big names in the country’s music business.
This year, the Rio Olympics presented a dazzling opening ceremony that brought praises from the global media. The Rio Olympics were especially commended for its wise use of Brazil’s tight government budget; it used relatively cheap materials and at the same time managed to produce stunning costumes and high-quality props. Furthermore, Gisele Bundchen of Victoria Secret, did a spectacular show on the runway stage to celebrate this special event.
The Opening Ceremony was also acknowledged for its efforts to save the planet; during the opening ceremony, athletes were given “seeds of hope”, which will eventually grow and form the Athlete’s Forest in the Radical Park in Deodoro.
2. The Green Diving Pool
Despite the glorious opening ceremony, Brazil’s diving pool shocked the global media by turning green. The diving pool at Maria Lenk Aquatics Centre turned from azure blue to a murky green color. On the very day of this mishap, the Olympic Games went on as usual, and the finals for Women’s Synchronized 10m platform were held. Some athletes complained that “the pool water was so thick that it was difficult to see diving partners during the performance.” Many spectators and reporters demanded the Olympics officials to explain the case, but they received no answers.
Social Media went viral; many people spoke out on their opinions on the green pool. Some said that it was because of the algae. Others humorously suggested that the green pool symbolized the green on the Brazilian flag. A few days later, it was announced that the phenomenon was due to the algae growing in the pool. Many people were curious about how algae could grow on a diving pool with perfectly controlled conditions.
It turned out that the diving pool had not been ready for the Olympic diving finals at all. The Maria Lenk’s Aquatics Centre had no roof, which exposed the pool to the sunlight. 80 Liters of hydrogen peroxide previously poured on the pool had negatively reacted with the chlorine disinfectant, depriving the pool of the ability to prevent algae and other bacteria from growing. All of these factors, combined with the hot temperature of Rio created a perfect environment for algae. Because of this, the Olympics officials had to deal with 3800 Liters of green water.
Despite these problems, there were some unexpected advantages of the pool. Women’s Synchronized 10 meter platform Bronze medal winner Meagan Benfeito said “it rather helped that the pool wasn’t blue” and thanked the pool for her medal. Tonia Couch, who ranked 5th, also stated that “I could better discern the pool and the sky; it was an unexpected advantage.”
3. The Phelps Kids
Michael Phelps is a legendary swimming athlete who won his 19th gold medal at the Rio Olympics. This time it was especially memorable for Phelps and other swimming athletes; the ‘Phelps Kids’, those who grew with Michael Phelps as a role model, those who dreamed to be on the Olympics to meet him again and compete him, finally achieved their goal. A great example of the ‘Phelps Kids’ would be Bronze medal winner Seto Daiya and Women’s swimming Gold medalist Katie Ledecky.
4. South Korean athletes’ remarkable activities at Rio
Even before the Olympics started, the South Korean team had been praised for its stylish and anti-mosquito uniforms. Through the Olympics, the praise from the global media were eclipsed by the outstanding performances by South Korean athletes. Inbee Park won the golf gold medal with an overwhelming victory. Taekwondo athletes showed the art of Korean Taekwondo. Korea’s Ki Bo-Bae, and other athletes showed the mastery of archery. To those whose efforts unfortunately didn’t show in the show in the Olympics, many people cheered for them, saying ‘Athlete’s efforts are more valuable than the color of the medal, and their endeavor will eventually earn them a gold medal on the next 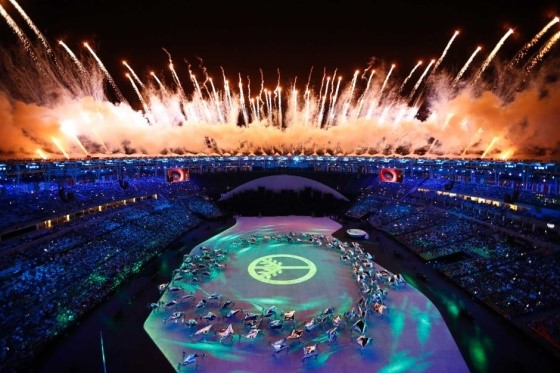 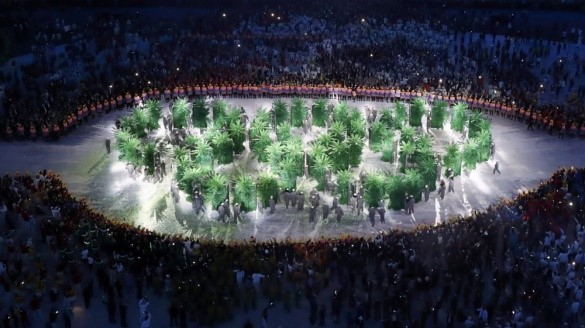 Costumes and stages designed according to Brazil’s vibrant cultural atmosphere. 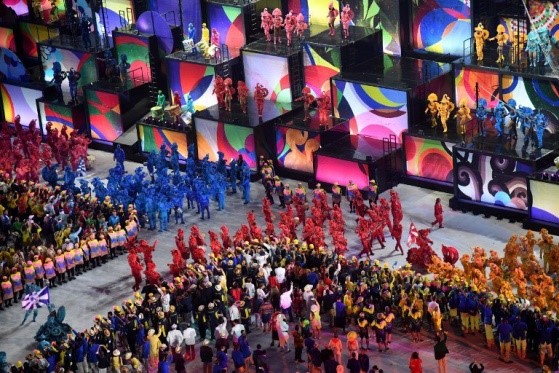 Vegetation planted in the shape of the Olympics logo; it ‘serves as a reminder that replanting forests should be universal’ 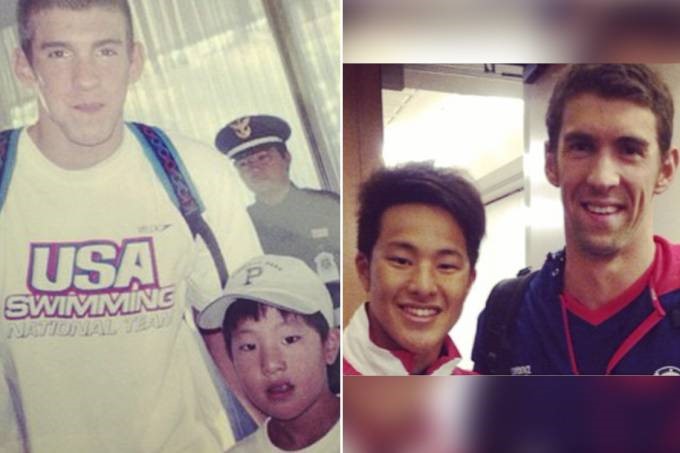 Michael Phelps standing next to Seto Daiya; the picture on the left shows Seto Daiya as a child fan of Phelps. Now he stands next to him as a proud competitor.

Katie Ledecky took a picture with Michael Phelps on a fan meeting as a child. 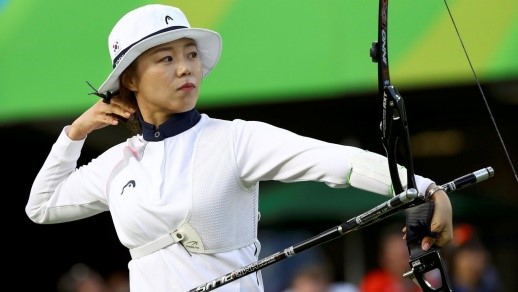 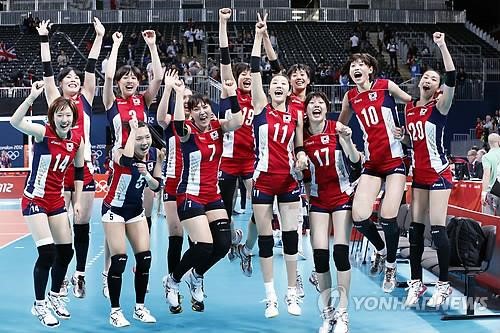 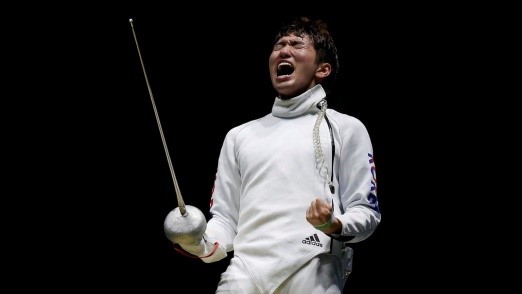